The announcement of the new Immigration Bill set to start this week. In the Prime Minister’s speech, David Cameron stated that this bill would focus on three big things;

This will mean making Britain less attractive to migrants, as Cameron believes it has been too easy to work illegally and employ illegally in the UK. Cameron is setting out to make illegal working a criminal offence, meaning wages paid to illegal workers will be seized and more businesses will be told when worker’s visas expire.

Parasol, a company that carries out right-to-work checks on thousands of workers every year, criticises government plans to seize the wages of illegal workers. The firm says authorities should target rogue employers rather than vulnerable migrant workers.

Parasol managing director Derek Kelly claims the government is “going after the wrong people” by targeting illegal workers instead of the companies that employ them.  He says:

“These new measures will do nothing to deter the rogue employers that exploit vulnerable workers. Depriving illegal migrants of their wages feels like a gimmick.

“I believe directors of companies that hire illegal workers should face the threat of a jail term or having their personal assets seized. Only then will a genuine deterrent have been created.

“There is also the question of how, on a practical level, police will be able to track and seize the wages of illegal workers. As everyone knows, payments in these cases are often made on a cash-in-hand basis and with no audit trail.”

“If the Immigration Bill reflects Conservative pledges from the election, it will go much further than [the] statement indicates, and will include measures that place further burdens on businesses, on the individuals they would like to hire, and on their families.”

“[The] proposals are the latest in a long line of measures that rely on employers bearing the burden of policing a complex system.

“Illegal immigration is not good for the migrants or the economy and the stated aim is to create a hostile environment for illegal workers, but government needs to understand that the steps it takes to do that create a bureaucratic and hostile environment for legitimate workers and employers. Small and medium sized businesses continue to be the hardest hit by immigration reforms in this vein”. 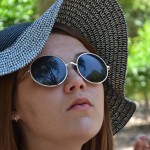