Company restructures, mergers and transfers of ownership can give rise to significant compliance risks, as immigration solicitor Anne Morris explains.

Businesses with a sponsorship licence to hire non-EEA workers operate under a raft of Home Office-enforced compliance duties. Failure to meet these obligations will impact the validity of the licence, and by extension the company’s permission to lawfully employ Tier 2 and Tier 5 visa holders. Beyond the day-to-day management of the company sponsor licence, additional, lesser-known requirements will also arise as a result of organisational changes – creating unexpected issues and risks for employers if not handled in accordance with the legislation.

Where companies fall short in their duties to notify of changes or to apply for a new or extended sponsor licence, the consequences can be devastating for business operations. The sponsor’s licence may be downgraded, suspended or revoked, and they will no longer be permitted to employ migrant workers. Consequently, the Home Office has the power to curtail the leave of their sponsored workers to 60 days. For companies preparing for merger, acquisition or other significant organisational change, careful planning and due diligence will be critical on the part of HR to avoid breaching compliance duties and attracting unwanted Home Office enforcement action.

For sponsor licence holders, any form of change in organisational ownership or structure has to be notified to the Home Office in the prescribed manner and within prescribed timescales. This applies whether the business is being sold as a going concern, either in full or in part, or where the controlling number of shares is being transferred.
The changes must be notified by a Level 1 user through the organisation’s Sponsorship Management System (SMS). Once the SMS has been updated, the Home Office will respond by requesting supporting documentation to verify the change.

Is a new sponsor licence necessary?

Companies will need to ascertain whether the change in structure or ownership triggers a requirement to apply for a new sponsor licence. Sponsor licences are granted by the Home Office specifically to the original applicant organisation. They cannot be transferred or relied on by an ‘altered’ version of the original licence-holding company. Where there has been a sale of the business, the seller’s sponsor licence will automatically be revoked or rendered dormant on transfer of ownership. If the new owner does not hold a valid sponsor licence, and sponsored workers are transferring to the new organisation, an application for a licence will need to be made at the time of the transaction to ensure continued lawful employment of the migrant employees. Even where the new owner or company already holds a sponsor licence, it will be important to check this licence is valid for all relevant tiers and categories needed to sponsor the migrant workers transferring through acquisition or TUPE. This may require an application on the part of the new company to extend the scope of the existing licence to ensure full coverage for its entire sponsored workforce.

A common area of risk for companies is ensuring they notify the Home Office of the changes within the required timeframes. Sponsors must report a merger, takeover or change of ownership via their SMS within 28 days of the change taking place i.e. transaction completion. This should also include reporting on all other changes affecting PBS workers. Where a new sponsor licence must be applied for, companies have 20 days from the date of completion to submit their application to the Home Office. The deadlines are strict and companies should expect no leniency from the Home Office when penalising sponsor licence holders who fail to adhere to the timings. Diarising all key dates in advance can help to plan and ensure all action points have been addressed on time.

The Transfer of Undertakings (Protection of Employment) Regulations 2006 (TUPE), or a similar transfer of employment arrangement, places all sponsorship responsibilities on the new employer. The Home Office must be notified of the changes to all sponsored migrants’ circumstances as a result of the transfer from one sponsor to another within 20 days of the change. Even where a new sponsor licence has been applied for by the new owner or company, information relating to sponsored workers will remain on the old licence. The previous company must update their old licence via the SMS as to their PBS employees transfer of employment within the 20 day period following the change. Sponsored migrants transferring employment as result of a merger, de-merger or takeover do not generally need to submit a new visa application, nor does the new sponsor have to assign a new Certificate of Sponsorship, unless the employee is changing their job or does not have TUPE or similar protection.

Given the complex nature of organisational restructures, Home Office policy can give rise to grey areas when looking at the specific circumstances. For example, where TUPE is as a result of a company going into liquidation, the Home Office is known to take action to suspend the new licence if they later become aware of HMRC-related issues. Early assessment of immigration compliance allows for exceptional and potential risks to be identified and addressed. Also aim to perform Right to Work document checks on all new employees within 60 days of the transfer. This will ensure you start the period of employment in full compliance with prevention of illegal working regulations.

The best advice is to approach any company change from a well-prepared and well-considered position. Immigration compliance should be considered and dealt with as part of the initial due diligence stage of the process, allowing duties to be met and ensuring continued lawful operation of the licence and employment of PBS workers. 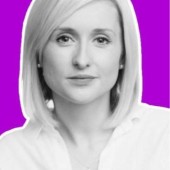