Saturday January 24 marks the 50th anniversary of the death of Sir Winston Churchill.

The former Prime Minister will be honoured by a “major international celebration” through several major events, including a remembrance service and a ‘warts and all’ website that catalogues the war leader’s great, and not so great, deeds. An exhibition on Churchill’s backing of scientific advances will launch on Friday at London’s Science Museum.

Above all, Winston Churchill is recognised as an adept leader, leading Britain and the allied powers to victory against Nazi Germany in the Second World War. But what can we learn from the cigar-toting statesman? Here are three leadership tips.

Concentrate on the bigger picture

Unlike his nemesis Adolf Hitler, Churchill managed to concentrate on the bigger picture during the Second World War. While the Führer insisted on his intricate direction of troop movements, Churchill took a wider strategic view of the war. The British leader had been known to get into the minutiae as First Lord of the Admiralty though (he ordered that backgammon rather than cards should be played on Royal Navy vessels). So how did he overcome the temptation to micromanage?

Well, it’s difficult to know whether Churchill made a mental note to focus on the wider war, or whether he simply grew into a natural overseer, but there are certainly ways that you can identify and address signs of micromanagement, should you be prone to it.

If you exhibit these traits, then you have the tendency to micromanage:

Micromanagement restricts the professional growth and development of your colleagues, so it’s worth breaking out of the cycle. There’s a handy ‘Five Tips’ article over on About Money which offers solutions to the problem.

Churchill makes for one of the most quotable world leaders to have ever existed. He was a man of words, delivering courage to the British people through rousing speeches and seemingly effortless soundbites. Here are three of his best:

“Success is not final, failure is not fatal: it is the courage to continue that counts.”

“Continuous effort – not strength or intelligence – is the key to unlocking our potential.”

Whether you’re a leader, or a trainer of leaders, you don’t have to be a wordsmith to inspire your team, but a positive, motivational dialogue is essential, and this is something we can all bring to the work environment. ‘Scrums’ or ‘huddles’ are great ways to get employees engaged, as is keeping them in the loop about wider company strategy; and a full company/department roundup on a Friday communicates a message of consistent company development to the team.

During the 1930s, Churchill was a fierce critic of Prime Minister Neville Chamberlain’s appeasement of Hitler and was a strong advocate for rearmament. Britain eventually declared war on Nazi Germany after the invasion of Poland in 1939. Throughout the war and in its aftermath, Churchill was fiercely against fascism and communism, speaking after the war of Stalin’s “Iron Curtain” that had descended across Europe.

Successful leaders stick to their gut and aren’t swayed by naysayers. Though it’s important to listen to the board, great leaders stifle niggling doubts and course forward with a clear objective, which is communicated clearly to their team. It’s all about confidence. 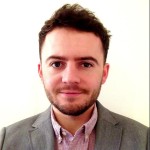 Tom Phelan is an assistant editor at HRreview. Prior to this position, Tom was a staff writer at ITProPortal, where he travelled the globe in pursuit of the latest tech developments. He also writes for a variety of music blogs.