Although many companies are yet to publicly publish their gender pay gap information, there are already concerns that those who have uploaded their data online may be miscalculating or misreporting their results.

An investigation by the Financial Times in to the current online data has unearthed sixteen companies who reported a gender pay gap of zero. Although it is not impossible to have a zero gender pay gap within a company, it is highly unlikely that both the mean gap and the median gap will measure zero because these calculations examine different values. The mean pay gap looks at the difference between average salaries whereas the median looks at the difference between the middle values where salaries are listed in order. In addition, half of these companies also reported that they employed equal numbers of men and women within each salary quartile.

The Financial Times, therefore, believes that companies are reporting data that is “statistically improbable” and may also be inaccurate. After writing to the companies who were suspected of reporting inaccurate results, the Financial Times received a number of explanations, including one that pay rates were set dependent on roles and not gender. One of the companies, however, went on to change their results and amended the figures to show a mean gender pay gap of 32.6% and a median gender pay gap of 76.5%.

Large employers are legally required to publish the data on their gender pay gap, both on their own website and on the government’s gender pay gap website. For the over 9,000 private sector employers required to calculate their pay gap, the report and the data contained within the report needs to be approved and signed off by a senior officer of the company. Deliberate misreporting, or any other breaches of the reporting laws, can be investigated by the Equality and Human Rights Commission and the company may face enforcement action. It’s likely this action will be also be publicised, due to the transparent nature of the reporting laws, potentially causing significant reputational damage to the business.

The Financial Times conclusion that data may be being recorded inaccurately is not surprising due to the complexity of the regime. There are areas of significant difficulty within the required calculations and it would not be surprising if companies were failing to understand these at their first attempt. Employers have to significantly breakdown the pay data they collect on the snapshot date to correctly identify “hourly pay” and “bonus pay”. Getting these pay rates wrong initially will skew the calculations from the outset.

In addition, calculating the working hours of staff may be differently interpreted from employer to employer. This becomes even less uniform where employees have variable hours, hours that differ on a weekly basis or where there is a new member of variable hour’s staff who has not yet completed 12 weeks’ work at the snapshot date. 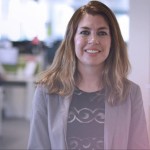