Glen Pearse: A prediction on how Brexit will affect recruitment in the IT sector.

The IT sector is a resilient one, and from a recruitment standpoint it is interesting to note how few businesses are having loud discussions about Brexit. In fact, in the hiring stages it’s barely mentioned.

It’s highly reflective of the classic British saying: keep calm and carry on. After all, over 1,000 days have passed since the referendum vote, and many people – including myself – are none the wiser on the plan of action or contingency.

Am I worried? Absolutely not. Britain’s tech sector is iron clad and thriving. Innovations are taking place every day and cities such as Bristol and Cardiff as well as bustling London are firmly establishing themselves as powers in themselves in the global market, not just the European realm.

In the immediate referendum aftermath, the tech sector was labelled as one of the most positive in light of this potential economic upheaval. I believe there is a certain resilience among organisations operating in this space due to the interconnected nature of data, the web, cyber security and programming. In fact, many business partners of UK tech businesses are located in the Silicon Valley’s and Silicon Wadi’s of the world – based in Tel Aviv (wadi being a Hebrew word for valley).

While London remains the leading tech hub in Europe, its dominance is not what it once was. Aside from Bristol and Cardiff mentioned above, who between them have seen record levels of investment over the last two years, the likes of Newbury, Reading, and of course the so-called ‘Silicon Fen’ hub in Cambridgeshire continue to attract investment which in turn boosts the number of jobs created in those areas.

This is highly beneficial for businesses – particularly the SME’s and start-up’s that are benefitting from lower overheads, as well as the reduced cost of living found in other areas of the UK compared to London. This shows no sign of slowing. In fact, in 2018 there was a surge in the number of tech start-ups of 14 per cent year. Indeed, the British tech start-ups raised a record-high of $7.9bn in investment – almost double that received by the UK’s closest rivals Germany ($4.6bn) and France ($4.4bn).

Brexit has certainly sparked conversations about the skills shortage and the potential ‘brain drain’ we may face as the tech sector supposedly lacks the pull to attract young talent into a career. If anything, the UK’s decision to leave the European Union has actually been a benefit in that it has prompted businesses to drive forward their plans – not in the sense of making necessary changes but in terms of placing a large onus on their hiring and retention strategies. After all, if Brexit does go ahead and immigration is affected, home grown talent will be a priority for all.

As a recruitment consultant I have noticed a surge in, not only salaries, but perks and benefits on offer. Training and development opportunities are now an essential part of the perks package. People in IT are not interested in moving sideways, they are looking for future progression opportunities and job security. Most significantly of all there has been a large shift in how employers view training. What was once a costly ‘nice-to-have’, is now viewed as a money-saving priority. Whilst there is an initial overhead, the return on investment of retention is far more valuable.

Employer brand has never been more crucial either. IT employers are acknowledging the fact that by 2020, 35 per cent of the global workforce will be made up of millennials – and millennials want different things from their careers. There has been an increased emphasis on online presence, social media use and flexible working opportunities. Many firms are even increasing their volume of remote workers – perhaps a way to avoid the Brexit geographical mobility dilemma all together.

‘Children are the future’ may sound like a cliché, but IT is the emerging dominant profession. It is my estimation that you will use some form of IT in whatever business you are in now. Even service professions – we now see builders filing their tax returns through automated software. Hairdressers and beauticians are increasingly using apps to appeal to their consumer base. AI is everywhere and proliferating with no abandon.

Brexit or no Brexit, the UK will continue to be one of the most dominant and developed nations on the planet. Upskilling is the key to weathering any Brexit storm. Offering increased classes, fun lessons on IT and identifying key work experience opportunities will be vital to raise the awareness of the IT sector as a career of choice.

A great example I have seen recently was the government office, GCHQ, offering fun and immersive security work experience. Increasing these opportunities will raise awareness and get kids enthused to be involved in a career that has so many advancement opportunities.

In my experience, the clients and companies I work with are thinking; ‘business as usual’. After all, if we don’t know what is going to happen – how can you possibly prepare? It’s a waste of time and resources. Of course, there is uncertainty and worry but what is the point in having a conversation about nothing?

Business leaders and employees alike are becoming desensitised to the Brexit topic. Every day there is a change, another vote, another suggestion – it’s quite hard to keep up. All we know is, that any action is better off being reactive rather than proactive. It seems the gap between business and politics has widened, which is a real shame because considerations about the future of our country should have strong involvement from both parties.

If Brexit is to occur, I do believe that businesses would be reassured by increased investment into the tech sector from the UK government. The key word here is investment – because that’s what it is. The tech sector is constantly developing, and it is something that Britain does very well. I think the lack of concern about what deal we do get, is based on the reassurance that IT will be something prioritised in negotiation and deals. There has also been a large amount of consultancy work that has benefitted from the ever-stretching deadline which has actually positively impacted the sector – during negotiations.

One of the largest risks is losing companies to Europe following competitive business deals and tax breaks. However, any business worth their salt won’t just pack up and leave – rather they will expand to Europe – which is a natural pathway for the larger tech firms anyway.

I think a great deal of business owners and workers wouldn’t take well to a no-deal Brexit – it’s too risky and uncertain and goes against us as a collaborative and structured country. Either stay in and not rock the boat, or to take a hard leave and negotiate sector-specific trade deals. IT is a resilient, diverse and powerful sector that I do believe truly has the power to support Britain as a whole and survive the Brexit backlash. 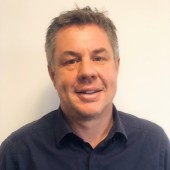 Glen Pearse is Managing Consultant of the Information Technology department at Heat Recruitment. Heat are a specialist agency, focusing on recruitment in IT, Engineering, Financial Services Legal and Insurance. Glen started his career at Heat seven years ago, just six months after the IT department was initiated and has been an invaluable member during its development. He oversees a team of seven consultants and has an avid interest in the support and technical aspects of Information Technology Glen has worked in sales and e-commerce in the past, but immersed himself into the IT aspects of both businesses and soon realised that this was the avenue he was interested in. Combining sales and IT proved a direct path into recruitment and he has progressed through the internal training offering at Heat. Glen started as a Trainee Consultant, worked up to Senior, and is now Managing Consultant.