Glenn Elliott: Big AT&T versus their own pensioners. An ugly and uneven looking fight.

Pensions aren’t something you’ll find me writing about often but this story in the Wall Street Journal caught my eye.

AT&T, the world’s largest phone company, has found it has overpaid a small number of its pensioners. And now it wants the money back. The problem for many of them is that they’ve spent it.

Some of the errors seem to be human-caused, some result from faulty systems.  Sydney Smith, a former AT&T IT analyst, received a letter in July 2016 saying she owed AT&T’s pension plan nearly $20,000—money that had been paid because she provided a date in the pension-benefit calculation that the plan’s website shouldn’t have let her use.

Ms. Smith says she told AT&T and Fidelity, the fund administrator, that she didn’t have the money. A single mother, she had cashed out her pension to pay debts and living expenses. “I used it,” she said, “It’s gone.”

When she asked about a repayment plan, she was told she could make two payments of nearly $10,000 each. With no money to do that, the daily calls from Lyon Collection Services Inc. started.

Pension trustees have a duty to protect the funds in their control for the benefit of future people who need paying. But there are lots of ways this can be done and throwing your ex-employees under a bus with a third party collection agency seems unnecessarily cruel and inhuman to me.

Pensions are brutally complicated. The people who manage then get paid a lot and are rightly thought of as specialists and experts. But mistakes still happen. Only last month the UK’s biggest phone company BT and it’s actuary Willis Towers Watson admitted to a £500m hole in their pensions deficit calculation, caused by human error. The UK’s civil service pension scheme just admitted that tens of thousands of retired public workers face cuts to their monthly pension income after £22m of overpayments was discovered. Other companies who are known to have over-paid their retirees include Fiat Chrysler, who overpaid 300 people and the now defunct Canadian arm of US retailer Sears. In most cases, however, the money is recovered through a reduction in future pensions payments – worrying and problematic for the recipient but in a different league to being pursued by a debt collection agency when you might be aged in your eighty’s.

Your average person, me certainly included, can’t be expected to check or second guess what is being paid out and it’s unreasonable to put pensioners in a situation where they can’t trust that the money they receive might not really be theirs to spend.

At a corporate level, the numbers are apparently small. An AT&T spokesman says the pension overpayments affect “less than 1/10th of 1%” of about 517,000 participants”. But at an individual level, the repayment demands can be devastating. And they come at a time in life when medical expenses can be high and not everyone will be on their A-game mentally to deal with the stresses and strains of negotiating these demands.

This is clearly a time when the sponsoring company needs to step up. These overpayments could be written off and made good by the company without causing a blip on their balance sheet or P&L. Companies need to remember that the people involved often gave significant parts of their lives to help build the company and there is a surely an obligation there to look after these people in their retirement.

I’ve always thought that companies need to be held to a higher standard than individuals. People are fallible but companies are groups of people, teams of people who should support each other and have each other’s back. When mistakes like this happen it’s the bigger group, in this case, the company, that should shoulder the burden, not the most vulnerable person, a retire trying to enjoy the last chapter of their lives in peace. 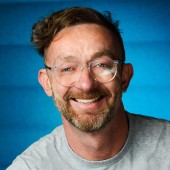 Glenn Elliott is an entrepreneur, former CEO at Reward Gateway and speaker and author on employee engagement, company culture and leadership. His bestselling book, Build it : The Rebel Playbook for Employee Engagement is available at all bookstores and as a download on Kindle and iBooks. You can download two chapters free at www.rebelplaybook.com