The use of asbestos in America has been reduced dramatically in recent decades. It is no longer mined in this country. And the amount being imported is only a fraction of what it once was.

Yet the threat of asbestos remains as real – and as deadly – as ever for many occupations.

An estimated 3,000 Americans are diagnosed annually with mesothelioma, the cancer caused by exposure to asbestos. And another 7,000 are diagnosed with any number of respiratory, asbestos-caused diseases, including these types of diseases: lung cancer and asbestosis. Those figures have remained steady for more than a decade.

The majority of cases are traced to occupational exposure.

The U.S. Environmental Protection Agency may have issued a ban on most asbestos-containing products in 1989, but that ban was overturned in court less than two years later, allowing manufacturers to continue limited use of asbestos.

Experts, though, insist that no amount of asbestos exposure for humans is considered safe. Asbestos, a naturally occurring mineral, once was coveted for its ability to insulate, strengthen and fireproof almost any material, literally woven into the fabric of American life in the 20th century.

Many manufacturers are taking precautions to guard workers today against possible exposure, but many companies and people are not, still unaware to the dangers that exist.

Homes, schools and any other buildings constructed before the 1980s – many being renovated, repaired or replaced today – are commonly contaminated with asbestos materials. And anyone working within or around those structures is vulnerable to the microscopic but toxic asbestos fibers.

Firemen who rush into a burning building, or construction workers doing any type of renovation project, or automobile repairmen could all be susceptible to the dangers of asbestos. So could those doing road repair, teachers in older schools, or plumbers doing industrial or residential work.

The survival rate for mesothelioma patients is usually low, but this is based on certain factors. It can take up to 50 years after exposure before symptoms of an asbestos-related disease will appear, which is why those in the medical profession believe this problem will persist for many decades into the future. 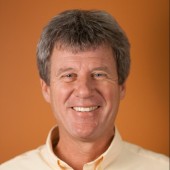 Tim Povtak has been writing for Asbestos.com since 2011 after spending much of his career in the newspaper industry.

Rachel Arkle: Are you a Wellbeing leader? – #wellbeingrealitycheck Claire Richardson: Are sleep and technology the keys to unlocking the UK’s productivity? Stacey Allen: Fall back in love with your career this Valentine’s Day