The vast majority of compensation claims made by workers as a consequence of being injured at work or made ill by work are small value. It is a fact that the legal costs incurred in bringing and defending the claim often far outweigh the amount of damages in dispute. It is not unheard of for legal costs in small value claims outstripping the sum of damages in question by a ratio of 10:1. Disputatious is the correct word to use to describe our present civil justice system’s handling of claims for damages arising from workplace injuries and work related ill health occurrences. It does not have to be like this. It should be possible through mediation and other dispute resolution mechanisms to ease out litigation for smaller value work-related personal injury claims. Surely there are considerable benefits to be gained by moving to a ‘no fault’ compensation system – benefits for employers, workers and society generally.

Earlier this year the government announced its intention to radically reform the civil justice system and in particular the controversial ‘no win, no fee’ deals. The Ministry of Justice noted, “fears that a damaging compensation culture and an unwieldy justice system is costing business millions of pounds and deterring deserving individuals from using the justice system”.

When surveyed last summer members of the British Safety Council, that is public, private and third sector organisations, identified the activities of claims farmers and claims handlers as the biggest single factor harming the reputation of health and safety management. They saw claims handlers. who through their aggressive and sometimes misleading advertising create false expectations among workers and members of the public, as the real perpetrators of the perception that we have a compensation culture. There are those, as the FSA, who argue that the activities of claims farmers assist the market and help it to function more effectively. The reality is that their activities are not cost neutral. Our concern is that claims handlers are, mostly, inexpert and simply gather in information concerning individuals and the injuries they suffer and sell this on further up the food chain to intermediaries or firms of lawyers. Our hope is that such activities will be outlawed in line with the review of civil litigation costs carried out by Lord Justice Jackson but we are not holding our breath.

HR practitioners, along with health and safety practitioners, know that many workplace injuries to individual worker do not result in claims for damages. As the government readily admitted many workers are put off seeking compensation for the damage they have suffered as a result of a workplace injury or ill health occurrence because of the complexity, the uncertainty and fear of going to law. Some workers have real concerns that a claim for damages may impact negatively on their employment prospects.

The real hope in relation to the government’s reforms of the civil justice system is that the small claims fast track procedure that appears to have worked with a great deal of success for small value motor claims will also bring real benefits to the resolution of personal injury claims including those that are work related. The intention is that new fast track online procedures will be introduced for personal injury claims of up to £10,000 which will enable such claims to be resolved without the need to go to court. This is still someway short of ‘no fault’ compensation but is an important move in the right direction. 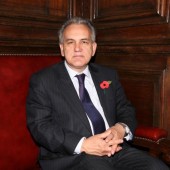 Neal Stone, Head of Policy & Public Affairs, British Safety Council Neal Stone joined the British Safety Council in May 2008 as Head of Policy and Public Affairs with responsibility for developing BSC’s policies and leading its research on major health and safety issues, representing BSC in its dealing with Government, HSE, other health and safety bodies, employer organisations, trade unions and other key stakeholders. Neal has spoken on behalf of BSC on major issues as the HSE Strategy, director leadership, worker involvement, GB’s health and safety performance and represented BSC at external conferences on issues as safety culture, director leadership, economic incentives, worker involvement and on the accreditation of health and safety practitioners at stakeholder meetings. Neal chaired the Olympic Delivery Authority's 2009 Health, Safety & Environment Awards judging panel and will be doing so again in 2010. Prior to joining BSC Neal worked for HSE from 1992-2008. From 2005-2007 he was the policy adviser to the Chair of the HSC, Sir Bill Callaghan, and Commission Members. From 2001-2005 Neal led HSE’s worker involvement and business involvement programmes including HSE’s policy lead on director responsibility for and the management of health and safety, employer liability insurance, worker involvement including the worker safety adviser initiative. Neal led HSE's feasibility and implementation projects on COMAH, Offshore and Railway regulatory charging. Neal represented HSE on the RoSPA National Health and Safety Committee from 2001/05 and is presently a member of the Association of Personal Injury Lawyers Customer Advisory Group. Neal has a law degree from the London School of Economics & Political Science (1975), and MSc in Politics & Public Administration from Birkbeck College (1992) and an MPhil research degree in Politics and Public Administration - on the Labour Party and the Civil Service - from the University of Kent (1996). Neal Stone Head of Policy and Public Affairs British Safety Council

If dogs can appreciate music surely they can behave in the office? Teresa Budworth: The stuff of champions!