I was talking to Google recently about a role. In preparation for their notoriously difficult second interview I did some detailed research on how Google “does” HR and reward. Like the British Army it is done “by the numbers”.  Every part of Google’s HR and reward is driven by big data analysis, the rigours of experimentation and pure brain power. I was in big data heaven.

The application of big data to reward, alongside its presentation in the form of visualisation, is a major trend in HR and growing rapidly. The new generation of HR whizz kids are more likely to be data scientists than HR generalists. Linking HR interventions to business data is the new HR black. I just love this creative use of the data and crunching the numbers so as to provide meaningful insights to the business.

How does Google’s application of research, big data and brain power translate in to action? The answer came from an unexpected source. A recent article in the Washington Post discussed how Google tackled a problem of their staff eating too much of the free sweets (M&M’s) which they were concerned had the potential to harm their employee’s health.

Google assembled a team of behavioural science PhDs’ (the brain power) conducted extensive surveys of employee snacking patterns, including time spent and location of snack consumption and collected masses of data with geotagging and mapping of the position of M&M dispensers to each employee.  (The big data approach). They then ran a number of experiments with control groups and controlled variables including regression analysis. (The experiment).

The result was, according to the Washington Post, that Google kept the sweets hidden in frosted containers and put the healthy goodies out in front in clear glass. In one major US office the result was 1.3 million fewer calories consumed from M&M’s over a seven week period.  That is how you do big data HR.

Google does big data on pay and benefits

Another story is how Google decided to apply their pay and bonus budget to minimise attrition. They carried out extensive employee surveys, worked with behavioural scientists and ran a test laboratory experiment to see how employees perceived the present value of their pay and bonus scheme. They discovered, and were able to put a number on the higher value employees gave to pay increases rather than bonuses. They then looked at the cash flows, the cost of attrition and longer term impact of different options and ended up giving all their employees a salary increase rather than a bonus. They proved that employees rated pay increases as having a higher value than a bonus; something those of us in reward have known instinctively – but never tested.

Why HR and Reward should use big data

Now that HR has the tools available, this is what we should be doing. It is just not enough to say that we think changing this or that benefit or pay system is good. We must, like our friends in finance, be able to prove the effect using hard numbers. Each of our benefit products should be able to be shown as having a direct impact on a business success metric – otherwise why are we doing it?

This is exciting stuff.  It is the opportunity HR has been looking for to prove how we add value to the bottom line.  It is fun and creative; innovative and thrilling; electrifying and exhilarating: what Reward should be about.

I have to declare two interests here.  First, I love big data and the analysis that goes with it. Second, and more importantly; I hate M&M’s. 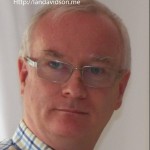