Anton Roe: To go or not to go? That is the new education conundrum

Michael Gove has certainly made his mark on the education sector and his changes definitely bring the New Year celebrations into touch with the realisation of what’s in store for 2011.

Announcing a huge increase in university tuition fees has caused a stir, and rightly so. Set to increase to a maximum £9,000 a year, I feel this will have a wide reaching impact. You only have to look at the recent student protests to realise Gove’s announcement has not been as accepted and gone down as quietly as he would have hoped. Although this increase is arguably necessary in order to push England out of the red, the fact that it will now cost around £27,000 to go to university, for a normal three year course, is quite staggering.

It has made potential students of all subjects, ages and backgrounds consider the benefits and downfalls of going to university. In particular, the youth of today are having to make major life-changing decisions about their futures and careers at the age of 18. What for many was considered an almost ‘natural progression’ of entering higher education has become a heavily debated subject. To go or not to go? That is the question on all sixth form students’ minds.

On the flip side, as I have mentioned in previous articles, the Government has pledged a generous amount of money into apprenticeship schemes. Many argue that apprenticeships hold more value than degrees within today’s employment market. Through on the job training, Apprentices can forge a clear career path, learn the ‘tricks of the trade,’ in some cases progress up the career ladder a lot quicker than their graduate colleagues who have studied for three years. In addition, providing more specific work-based training will play its part in lowering unemployment, through reducing the number of graduates struggling to enter the employment market after completing degrees that have little relevance to the real world.

What we in the HR and recruitment community need to do is take into account the tough decision young people are having to make and not discriminate or overlook potential employees who have decided against going to university and instead, followed a different path. I feel as a country we have been somewhat brainwashed by the policies of previous Governments into the presumption that university graduates are the most successful hires and the best means of sourcing future talent. This has undoubtedly derived from the fact that currently having a degree is almost considered the norm. The dramatic rise in university applicant figures speak for themselves; in 1999 there were 334,594 accepted applicants, increasing in 2009 by 44% (UCAS 2010) to 481,854. It is likely that Gove’s announcement will turn this on its head, encouraging and persuading increasing numbers to follow different routes into work which is exactly what we need: diversity.

And of course we must not forget the potential impact of the fee increase on university education. Could this be the start of price wars between higher education establishments? Will university battles supersede supermarket price wars in 2011, seeing them cut costs to offer the best degree for the lowest money so as to entice the best students their way. Such an ’education war’ will not only hinder many universities financially, but in turn the courses may suffer, which will then create more problems for students, graduates and employers.

It certainly makes one weigh up the academic versus vocational benefits of further study. £30,000 for a degree, new friends and studying skills or no debt, new friends and immediately applicable skills. I wonder what people will choose? 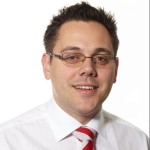 Anton joined the Group in 2000. In 2003 he established the Professional Services sector, which included a fledgling Education & Training team. He has subsequently overseen the development of this area from an initial focus on Work Based Learning into the Welfare to Work and FE sectors.

He has a wealth of recruitment experience in many different industries across both the private and public sector.

Anton is currently studying Psychology & Sociology via the Open University. He has also gained the REC Certificate in Recruitment Practice.