The publication of the BBC’s salary list has caused many people to question the rights and wrongs of paying high salaries to those who work at the corporation. A debate has also sprung up as the list seemingly shows that people of different sexes are being paid different salaries for doing similar roles. This can cause some employees to question the pay arrangements in their own companies to check whether they are being paid less than people around them for the same job.

Employees may suspect that they are being paid less because of their gender. This is unlawful as the Equality Act 2010 prohibits employers from paying men and women different amounts because of their sex. Employees who can prove they are being paid less for doing like work, work rated as equivalent or work of an equal value as the employee of the opposite gender could bring an equal pay claim. Where the different salary is due to an internal policy, for example a policy that men will be promoted over women, the employee could also bring a sex discrimination claim.

Employers can defend against equal pay claims where they can prove they have an objective, material reason for the difference which is not gender and this is a proportionate means of achieving a legitimate aim. This could be the type of qualifications the employee has, the location the equivalent employee works in or market forces. The financial risk of facing these claims is huge; compensation for an equal pay claim will look to equalise salaries whereas compensation for sex discrimination is unlimited.

Employees may, however, simply feel that they are receiving less pay for doing the same work. Having discussions with the employee about why they are on their particular salary, what they can do to increase to the next level and setting realistic targets will help stop complaints turning in to bigger issues. These discussions often take place at annual reviews or appraisal meetings. If the employee raises a concern outside of these meetings, it’s important to hold a discussion then and not wait until the next scheduled appraisal.

The requirement for larger companies to produce gender pay gap reports could see an increase in salary complaints. Although this is not a legal requirement, it is important for employers to make use of the voluntary option to provide additional contextual information. This information can be used to explain any gender pay gap in the business, identify where results have been affected by, for example, a second job or a particular bonus, and set out the steps that the business will take in the future to tackle this. Providing this narrative allows employees, and the public, to understand why any pay gap is present and identify that the business is taking active steps to reduce this. In the short term, this will reduce complaints and help with retention of employees.

From 2014-2016 Peninsula experienced a 83 per cent increase in advice requests regarding gender discrimination with the on-going gender pay gap discussion being the most prevalent issue for business owners. 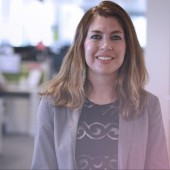 Kate Palmer CIPD BA (Hons) is the Head of Advisory at Peninsula and a member of our senior leadership team. With a specialist background in facilities management in the NHS (public and private sectors), Kate offers a wealth of employment law experience. She’s an expert negotiator; one notable case was with the NHS’s trade unions over terms and conditions in the Agenda for Change pay system. Kate brings a drive and a passion for constant improvement to Peninsula; from the service to herself and the team. It’s a big part of what shaped the business into the centre of excellence it is today.